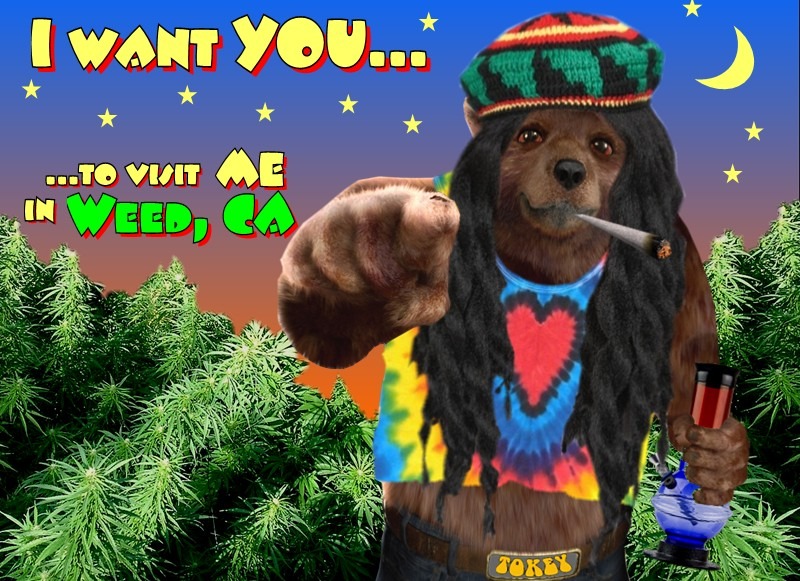 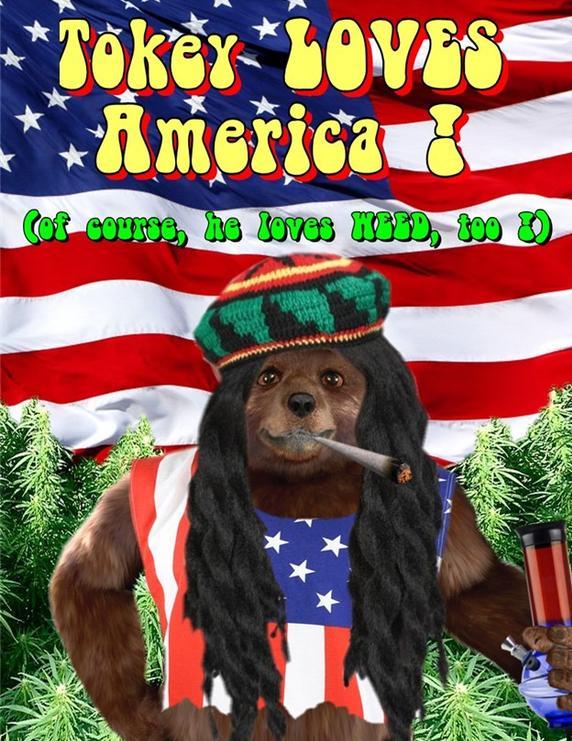 "Tokey the Bear" is "Smokey the Bear's" cousin... Notice the resemblance ? They both live and work in the forest. And, of course, they both shit in the woods, too !  While Smokey works for the US Forest Service, Tokey runs an illegal growing operation in the forest.  It really helps to have a relative in the Forest Service to tip you off when the DEA or mean Sheriff Lopey is planning a raid on your patch !  Fortunately, unlike the illegal growers from the Mexican cartels, Tokey practices GREEN and ORGANIC growing techniques, is very frugal with his water in light of the drought, and REFUSES to carry firearms, even though in America we have the right to bear arms... or arm bears... WHATEVER !